To glaze pottery, you’ll often require a kiln. However, this isn’t a viable option for everyone.

Kilns are typically vast pieces of equipment so you’d need a large space in your home dedicated to it, but not everyone has this option.

Good quality kilns can be very expensive too, making creating pottery from home difficult for those with a low budget.

Some potters prefer to utilize the facilities available at a local pottery studio or workshop, which is a great, cheaper alternative to splashing out hundreds of dollars on a kiln.

Having said that, such studios are hard to come by so this isn’t always a realistic option for everyone. 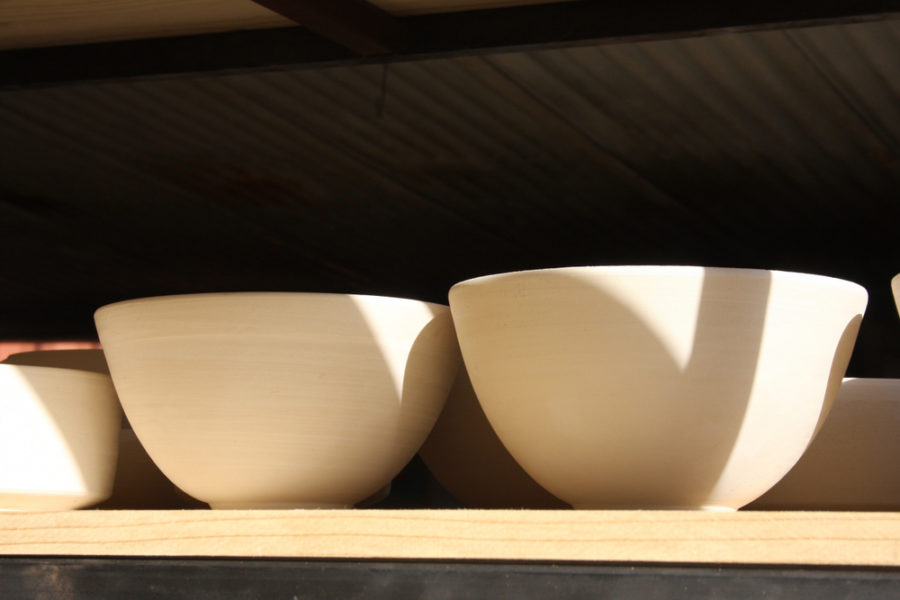 Despite what you may believe, you don’t actually need a kiln. However, you’re still going to have to find a way to fire your pottery.

Ceramics require firing to make them more durable, and any glaze must also be fired to maturity at a very high temperature. Fortunately, there are a few inexpensive methods of firing clay without a kiln at home.

As long as you make sure that your firing medium can reach the required temperatures, can evaporate the water in the clay, and harden it, then the result should be a successful pottery creation.

It’s time to get all fired-up! In this article, we take a look at some alternative firing methods that you can try out from home.

There’s actually a multitude of ways that you can learn to fire pottery without a kiln.

To ensure you’re choosing the best option for you, it’s a good idea to identify what your usual pottery making process is and what type of clay you use, as these factors will influence your finished result differently depending on which method you use.

To fire pottery without a kiln for the first time, we recommend doing as much research as possible beforehand to ensure that you know exactly what you’re doing or the pottery could crack.

Below are the three most common ways to fire pottery without a kiln and how to execute them.

A great alternative to kiln firing is raku firing. It’s an ancient Japanese ceramic technique that has been around for hundreds of years.

Raku is a low-fire method in which you quickly heat the pottery before removing it from the fire once the glaze has melted.

It also often involves immersion in a natural substance. However, it can be complicated and sometimes dangerous, especially for little ones. Raku firing is great for creating detailed pieces with decorative stains, underglazes, and crackle effect patterns.

However, raku firing is the slowest option.

How to Use the Raku Method

To successfully carry out raku firing, if you don’t have a kiln, you’ll need to make yourself a bisque fire.

Getting your hands on a barrel or this step is ideal as they’re simple to use and all you need to do is remove the lid and place your piece inside. They’re great at retaining heat and they often have a few small openings so you can check on your piece during firing.

As this method is the slowest, your work must sit inside the barrel for a long time. This is crucial, as your ‘barrel kiln’ will need to be hot enough to melt the glaze on your pottery.

To do this, the temperature will need to reach 1,400-1,800 degrees Fahrenheit. Once successful, wearing safety gloves and using tongs, remove your piece from the barrel and immediately immerse it in sawdust, water, or soil.

Once your piece has completely cooled, use a pottery cleanser to remove sooty carbon blemishes. Finally, leave your creation to dry in a cool, dry spot for a few hours, and voila!

You have yourself some kiln-free pottery.

Also sometimes referred to as smoke firing, pit firing is another useful method of baking clay without a kiln, it is also the oldest. Much like raku firing, this method also requires a pit, however, pit firing doesn’t use a barrel.

You should always build this pit far away from any combustibles and somewhere where it can remain hot and safe. To prevent the weather from cooling down your fire pit, you’ll need to dig a large hole that is deep enough to protect your work from gusts of wind.

Your piece will need to remain inside a pit fire for 12 to 24 hours to ensure maximum drying. The downside to pit firing is that it’s difficult to aim for consistency. The pottery may also be more fragile than other firing methods. That said, you can use smoke vapor to create colors and patterns.

How to Use the Pit Firing Method

To begin, you’ll need to create a fire in a large pit. Some potters like to use a traditional charcoal grill as a pit, but this isn’t imperative. You can use a multitude of different materials as kindling such as wood, paper, and coal, just make sure that no paint or glue is remaining on them.

The pit will need to be kept hot by you, maintaining a constant temperature between 1,800 and 2,000 degrees Fahrenheit. You can either fire the pottery before glazing it, then fire it once more. Or, you can glaze the pottery and fire it all at once.

When it’s time to remove your pottery from the pit once it has become hard, use safety gloves and tongs to carefully remove it. Set it aside somewhere safe to dry. Alternatively, you can allow the fire to burn out before removing the pottery.

Many people oppose the idea of firing pottery in a kitchen oven and claim that it is never z good idea. Indeed, a home oven won’t reach the same high temperatures as an industrial kiln and your oven-dried pottery made at home will not be as hard and durable as kiln-fired pottery.

However, pottery dried in a home oven is not made from standard pottery clay, but special oven-dry clay. Using a kitchen oven, for example, works well with homemade clay (e.g. salt dough clay).

The oven speeds up the drying process. Many people recommended using a baking pan with a liner to keep your object from sticking to the oven as well.

How to Use the Kitchen Oven Method

Many pottery project instructions that involve a kitchen oven will allow you to fire the clay at low temperatures. Turn the oven up to 250 degrees Fahrenheit and place your creation inside for about one hour.

Larger projects can take up to three hours to finish baking, this is dependant on the thickness of your piece. You’ll know your project is done in the oven if the material becomes hard. If it is baked for too long it may start to crack.

Finally, you’ll want to use acrylic paint to decorate the objects. If you use the salt dough, you may choose to color it before firing. However, you cannot use glaze in an oven. The temperature is too low to hold the glaze in place.